Washington University is throwing its hat in the clinical sequencing ring with a new spin out: PierianDx. The company launched about two months ago, and announced last week that Moffitt Cancer Center in Tampa, Fla., and Fletcher Allen Health Care, affiliated with the University of Vermont College of Medicine, have signed on as customers of the software-as-a-service tool provided through a HIPAA-compliant cloud. 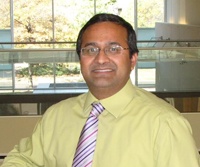 At the time, “there were few to no tools that supported an end-to-end workflow for clinical next-generation sequencing-based assays,” Nagarajan tells Clinical Informatics News. GeneInsight, the tool developed by Partners HealthCare in Boston, solved part of Nagarajan’s problem, but not all of it.

“GeneInsight was the singular product that was actually available to do some work,” Nagarajan says, but he wanted a pipeline that did more. “At that time—and even now—[GeneInsight] focused on writing the report once variants are identified, and really had no support for all of the up-front work: accessioning, sequencing, tracking, analytics to identify variants, annotate them. It started at the interpretation of variants and [helped] to write a report. It also didn’t push [reports to] the medical record.”

Nagarajan wanted to build a broader tool, one that managed every step of the process. The team launched the Clinical Genomicist Workstation (CGW) in November 2011.

Check back regularly for engaging perspectives on clinical genomics.

Copyright 2020 | All rights reserved by PierianDx.